LEVELING THE PAYING FIELD IN THE CONSTRUCTION INDUSTRY 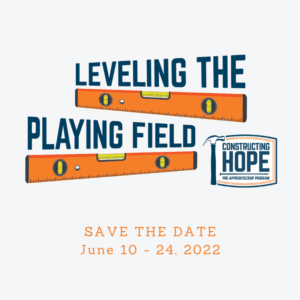 Constructing Hope provides a chance for low-income, recently returning citizens, people of color and unemployed people to have an opportunity to play in the construction industry. Through the training, certifications, backing and support our program provides; our graduates have a leg up when they enter the apprentice realm, setting them up for success.

For recently returning citizens and people of color, we are simply Leveling the Playing Field. DOUBLE YOUR IMPACT TODAY! Thanks to a generous matching challenge from Glenn Dahl, all donations will be matched, up to $25,000!

Your Support is Needed Now More Than Ever!

The construction industry is facing a shortage of skilled tradespeople. In fact, construction has the highest share of difficult-to-fill jobs (85%) of any sector in Oregon. The pandemic is expected to exacerbate the shortage of skilled tradespeople and apprenticeship candidates. The need for programs like Constructing Hope are more important than ever. We are helping to train the future workforce, while also building diversity in the industry.

NOW is the time to Level the Playing Field in the construction industry and give people of all backgrounds a chance at a true career that pays a living wage.

Help Us Continue Changing Lives and Putting People to Work.

Will You Help Us Level the Playing Field?

When you give to Constructing Hope, your contribution benefits our students, their families and our community. Your investment supports our work to Level the Playing Field in the construction industry.

The Hope Society is a group of our most committed supporters. Hope Society members make automatic donations every month, which makes it easier for Constructing Hope to plan long-term, budget more efficiently and create more life-changing outcomes.

Personal fundraising pages are an easy way to rally your friends, family and colleagues to join you in supporting Constructing Hope’s mission to rebuild the lives of people in our community through pre-apprenticeship training and career placement in the construction industry. Constructing Hope offers a secure, online platform to harness the generous giving power of your personal and professional network and change lives.

Constructing Hope is so honored to be a part of our graduates’ stories. These four individuals each overcame obstacles and barriers with determination, hard-work and commitment. We are proud to share each of their “Stories of Hope.” 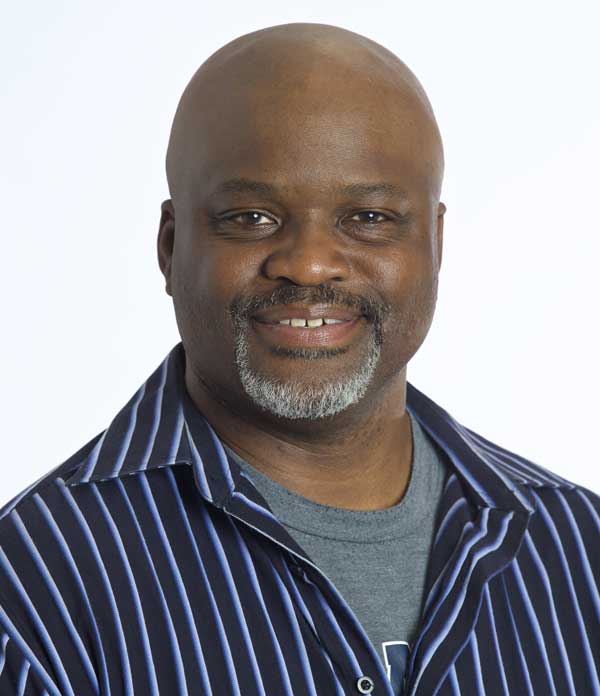 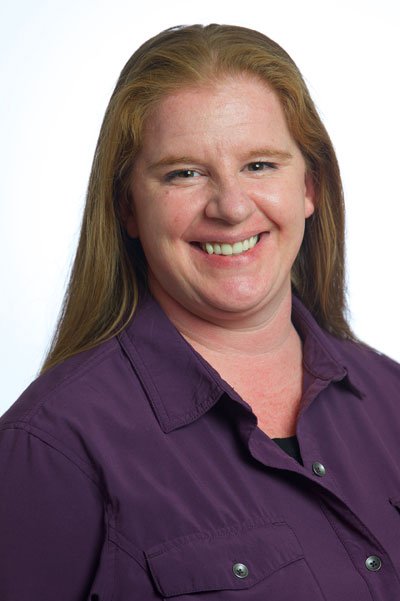 Jani Turner had opportunities growing up. She took those opportunities for granted. Her parents had all but given up on her. After losing her daughters twice to the system, due to her addiction, her parents fought to keep them. It was then that Jani learned how hard one has to fight for what they believe. She didn’t believe she deserved them, but she believed that they deserved to know she loved them enough to fight. That was the moment that Jani learned what she was made of.

When she came into Constructing Hope, Jani was fresh out of treatment for her addiction and looking to change her life. A friend told her about Constructing Hope and she thought it sounded like the perfect opportunity to leave her past behind her and create a new life for her family.

During her Pre-Apprenticeship Training Jani faced challenges, but she didn’t let them stop her. She actually ended up homeless, but still made it a priority to show up early every day of training, even when it meant taking 2 or 3 buses to get there early in the morning. Her commitment paid off, and she graduated Tier 1. Jani discovered her passion at Constructing Hope. She loves to work hard, and she loves to joke around – the perfect match for a career in the trades! She had determination and work ethic.

Jani planned on becoming an electrician because she was good at math and the pay was great. But the electrical apprenticeship wasn’t open for application when she graduated, so she went a different route. She now shares that was by design of her higher power. She chose to pursue an apprenticeship with LiUNA Local 737. She chose laborers because they are the first trade on a jobsite, and the last to leave at the end of the project. The work also consists of varied tasks each day.

Jani hasn’t regretted the decision a day in her career. She loves to muck concrete. She loves sweating and laughing, and watching her work become a testament. She loves being a card-carrying member of LiUNA. Her plan was to work in the field for 10-20 years until her body couldn’t labor anymore, before going to the hall… but opportunity came knocking sooner for Jani, and something she’d heard at conferences and leadership events stuck with her.

Statistically speaking it takes a woman 7 offers of promotion or advancement before she believes she is worthy or capable of accepting. And, statistically speaking, it takes a man 1 time, whether he’s qualified for the job or not. He will try and go for it. So after the 3rd or 4th suggestion that she submit her resume for a promotion, she decided it was time. Six years after starting her apprenticeship, Jani began her new position as Apprenticeship Coordinator for OSILETT: Oregon and Southern Idaho Laborers-Employers Training Trust. In her role she has a chance to give back, and show others they can overcome obstacles and barriers just like she did. She is proud to show her daughters that there is nothing stopping them. As she shared recently at a Constructing Hope graduation ceremony, “If you can imagine it, you can create it.”

Jani’s family has been reunited, she purchased a home and continues to thrive in her career. Her story is a true Story of Hope, and we are so proud of all she’s accomplished. 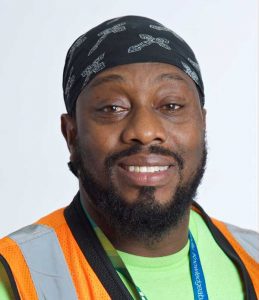 Want more information about how you can Support Constructing Hope?