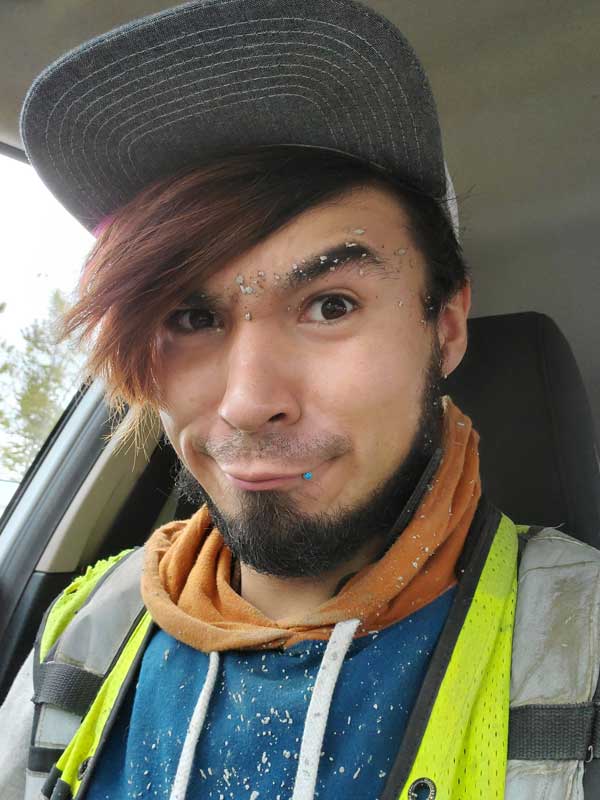 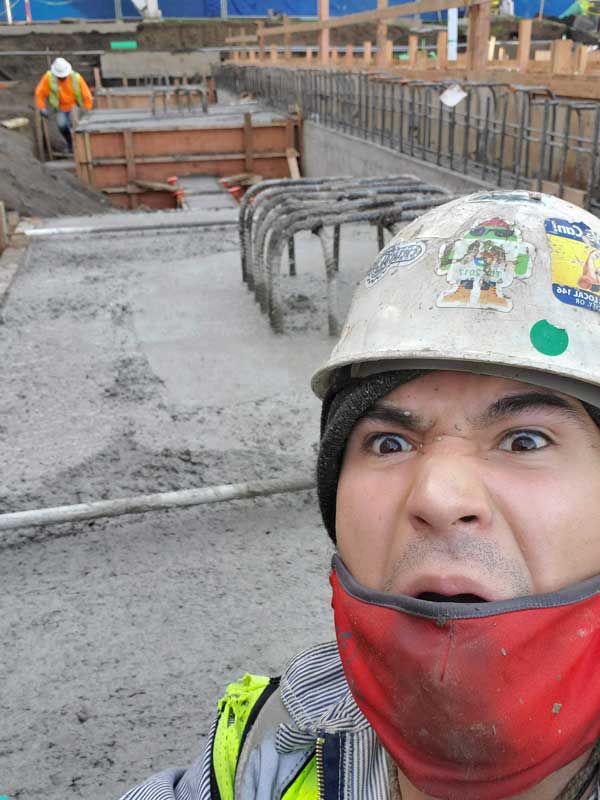 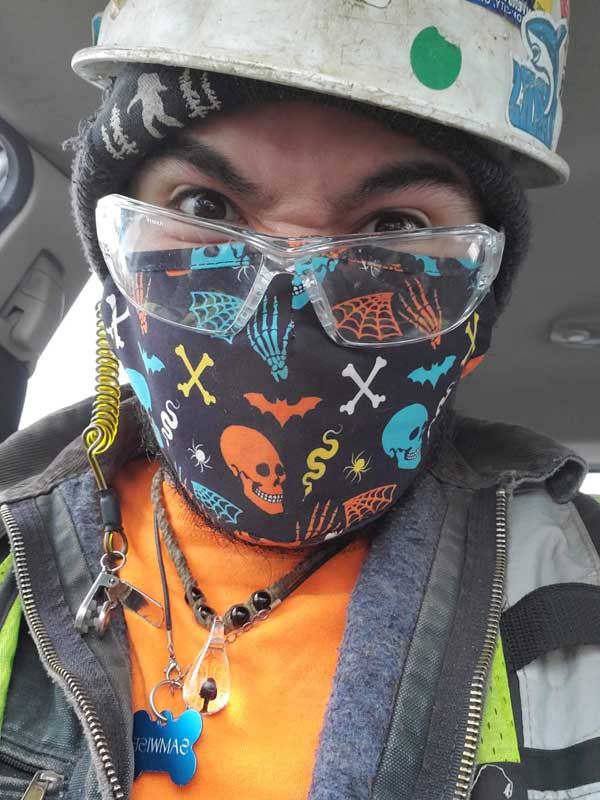 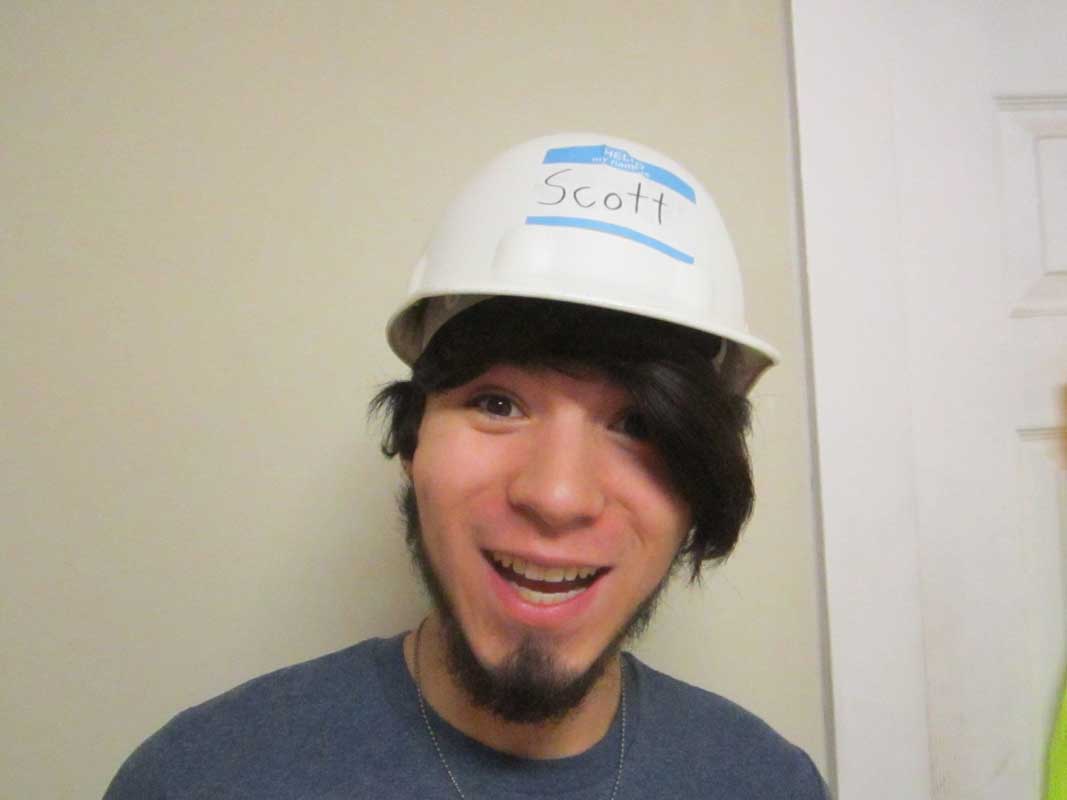 Prior to Constructing Hope

Scott was a high school dropout who enrolled in college to get his diploma, while also earning college credit. He had a goal of becoming a Marine Biologist, and his credits were focused towards getting his Associates Degree in Science, alongside his high school diploma. Once he received his high school diploma though, the cost of continuing college became a barrier. His dad’s social security had covered the cost of classes, and such, but once he finished high school, he was no longer eligible for the benefits.

At that point, he was forced to really think about a career. He had a job as a gas attendant, which didn’t pay a living wage. He looked into Marine Biology, but the pay after the cost of college wouldn’t cut it either. That is when he decided to give Constructing Hope a try. His step dad, Raleigh Morrison, a Constructing Hope graduate himself, had been suggesting he check it out for awhile.

What Attracted Scott to the Trades

As referenced above, Scott was encouraged by his family to explore a career in the trades. Scott shared that hearing about Raleigh’s day at work and what he did made it sound fun. He also saw it as a “manly” industry.

Enrolling in Constructing Hope was a pretty easy process. Once Scott into the pre-apprenticeship training program, things got tougher. He was still working while he attending the training, which meant he wasn’t getting much sleep. Consequently, he ended up falling asleep in class quite a bit, which led him to be cut from the program. As Constructing Hope strives to do, we kept the door open and encouraged Scott to keep in touch and try again for the next class.

Scott did apply again, and did get enrolled for the Winter 2015 class. He took it more seriously the second time around. He adjusted his work schedule to only work on the weekends, and made sure he got enough sleep. The challenge of this was the cut in pay he took. He struggled financially, which was tough for not only Scott, but also his fiance as they lived together. Thanks to his fiance, they were able to stay afloat, and he excelled in the training program.

During his pre-apprenticeship training, Scott learned a number of things that are now crucial to his success in the construction industry. First off, he learned about jobsite culture. It all seemed so foreign to him, and kind of scared him prior to his pre-apprenticeship training. He learned things such as hammering properly, handling power tools and correct terminology. After learning more, and taking “field trips” to job sites it really started to resonate with Scott and sink in.Additionally, although it wasn’t necessarily taught, Scott also learned something else during his training – comradery. That made the trades so much more appealing to him. The last thing he learned was self-discipline. He had to learn that on his own, but Constructing Hope forced him to do so. Constructing Hope helped him build enough confidence to thrust himself into his newfound career.

Scott currently is a Journeyman at JE Dunn, with an hourly rate of pay of $42. In his current role, he is one of three carpenters on site, one other journeyman and an apprentice.

Scott’s biggest motivation in becoming a carpenter and journeying out was to prove everyone outside of his family and fiance wrong. Everyone thought that as a goofy kid who didn’t have what it takes, he would fail. We are so proud that he proved them wrong – and that he’s achieved such success. One thing he always tells apprentices and anyone in a pre-apprenticeship program, “If an idiot like me can make it, then anyone can.” We thank Scott for being a part of the Constructing Hope family, and congratulate him on his success!